The Construction Industry and the Causes of Mental Health Issues 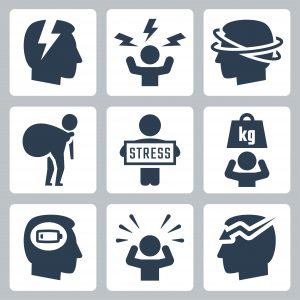 As we have discussed in our previous writings on this issue, construction businesses take great pains to look after physical safety but are only just beginning to grapple with mental health concerns. Across Newcastle, the North East, and far beyond, PASMA training and IPAF certification keep employees protected while working at height. Yet statistically, men working in construction are far more vulnerable to terminal mental health issues than suffering a fall-related injury.

Just how strong these correlations are is something that can no longer be ignored. This cannot be seen as simply another additional problem to be addressed. Instead, we may need to look at the length and breadth of the structure of the construction industry itself.

The cost of a failure to focus on the problems of mental health can be measured firstly in lives lost and families devastated, and then in a distant second in terms of the financial cost. The UK construction sector loses between £70 to £100 billion per year due to mental health-related absences and workplace difficulties.

Factors that contribute to this situation are many and various but understanding where the problem comes from is half the battle. Stresses and difficulties linked to the construction industry are not unknown in other sectors of the workforce, yet perhaps the confluence of these issues causes a singular vortex of mental health dangers.

Between 2015 and 2018, the construction industry has consistently recorded the second highest level of weekly hours. Between October to December 2018, the average hours of those in the construction industry was 36.6 per week. The next highest after that was transport and storage and mining, energy, and water supply, both with 36 hours per week. The only sector with longer average hours is agriculture, forestry, and fishing with 42.7 hours, another sector that regularly deals with serious mental health issues.

The support networks of friends, family, community, and other such factors that are all tied to a single place are all very important in maintaining stable mental health. However, with a workforce that is so often dislocated and separated from home, construction workers regularly lose access to these networks, sometimes for weeks on end. This has long been recognised as a serious problem. In 2003, Andy Sneddon, the then Health and Safety Director of the Construction Confederation, said: “I suspect that [the suicide rate] is due, in part at least, to the industry having a peripatetic workforce”.

There are some businesses with arrangements in place specifically for married workers or employees with families. However, many businesses are reluctant to put people onto these schemes, regardless of marital status, until they have demonstrated that they can be relied upon in the long term.

By its very nature, the life of a construction worker involves significant uncertainty. For people who know they can show up to work every day and have the same job in the same parameters and the same income waiting for them, the mental stability that offers is a great comfort. The same arrangement is rarely possible in the construction industry, something that was very clearly exposed to the public eye in the aftermath of the collapse of Carillion.

The practical and persistent attitude that permeates the construction industry is very useful. However, when such an attitude moves outside, problems can emerge. An overly practical mindset, when taken outside the workplace, turns from a personality style into a dangerous attitude. Opening up about feelings, talking about the causes of upset and concern and frustration, is often seen as a sign of weakness. Instead, it should be seen as a useful vulnerability that can lead to problems being fixed. After all, opening a car’s bonnet might make the engine more exposed, but how else will you get to examine the spark plugs?

The signs that potentially indicate a mental health issue can sometimes be subtle or easily mistaken for a more mundane and everyday set of problems. Gently asking if someone needs help is an important first step. Among the most common symptoms of mental health difficulties are the following behaviours:

The actual solving of mental health problems is a complex and difficult affair that should definitely be left to the professionals. However, that does not mean that construction industry employees and employers alike do not have a role to play. With direct knowledge of the struggles, difficulties, and problems of this sector, there is a lot that the front line staff can do to make this a safer place to work when it comes to conditions of the mind.

While it is often helpful to think of mental health in the same way we think of physical injuries, the truth is more difficult. Taking care of those struggling with mental health difficulties is an ongoing process.

Programmes like Mates in Mind by the British Safety Council are important beginnings. However, the difficulties intrinsic to the industry are not going away any time soon. Mental health concerns will need ongoing treatment, not short-term solutions.

Mindful of the Future

The evidence and issues discussed here mean that we in the construction sector must face an uncomfortable reality. While some causes of mental health problems can be addressed with specific programmes and culture changes, many are intrinsic to the industry. Seismic changes and a complete overhaul may be necessary if we want to see our industry protect mental health to the same standard it guards physical safety.

To learn more about how North East Access Training can help your company with physical safety in the form of IPAF training, PASMA training, or harness courses, click on the previous links. To follow our continued discussions of mental health in the construction industry, and many other issues besides, explore our blog here.

This website uses cookies to improve your experience. We'll assume you're ok with this, but you can opt-out if you wish. Read More ×